If research gives just the facts, evaluation is distinct in that it often has an extra layer of interpretation and communication. We don’t just tell people 63.8% of students passed the class, we say “so what?” and interpret whether that 63.8% is good, worse, or whatnot.

I recently got an email from Angie, with a good example of this. She wanted to know how to support helping clients figure out which of their activities are of high, medium, and low priority once evidence has been collected. What visual symbols could she put right into the report to quickly communicate the level of priority?

I happened to be rereading Stephen Few‘s Information Dashboard Design when I got Angie’s email. Few includes some examples, noting how it is so common and so wrong to use the typical red/yellow/green that seems everywhere. Why so wrong? Few points out how difficult it is for those with colorblindness to distinguish between red and green. I’d also add that the colors don’t reprint well on a black and white computer (and then copied and faxed, as my reports tend to be disseminated after I deliver them to clients).

Here are six other options for communicating three levels of priority or performance using icons that I just sketched. I’ve also included one from Few’s book that I like a lot.

What other symbol systems do you use? Add them in the comments below!

@ItsCandraM So much has just been baked into dominant culture. Takes some unlearning, right?
h J R

This is my typical response. 💅 https://t.co/rKy5QUM70H 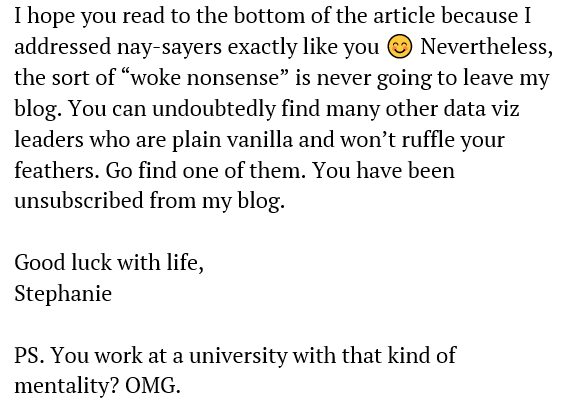 Whenever I write a post that asks white people to get uncomfortable, I ALWAYS get email responses like this one: https://t.co/xovyMbL9cV

@evergreendata: NEW POST⁠ It feels good to keep growing but you might as well delight in/learn from my painful mistakes and thoughtless choices. Read all about it: https://t.co/L1tez9uZGy ⁠ #dataviz #a11y #accessibility #culturalappropriation #facepalm https://t.co/fjrhGgRQQe 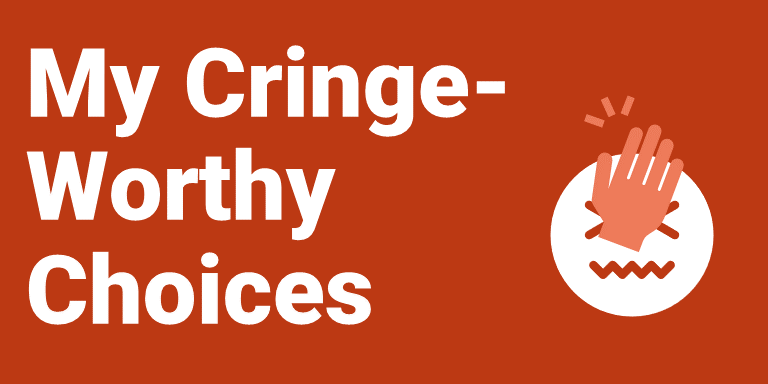 @AlliTorban Thanks for the support, Alli. I always hope that I can make the path a little easier to walk.
h J R
Follow evergreendata